Released in late 2017 and now end-of-life only five short years later, the Juniper MX204 has been a favorite of the MX lineup. As Juniper made lateral moves from the MX80 to the MX104, the MX204 was a huge shift in design to provide larger memory and built in 100G QSFP28 ports. With news of the official 12/15/2023 last order date, many Juniper devotees are left wondering why the sudden discontinuation, and what does the upgrade or replacement path look like from here.

At the time of the MX204 (now MX204-HW-BASE) release, Juniper’s MX lineup was focused on the larger chassis-based solutions with the MX240, MX480 and MX960, augmented by smaller units such as the MX80-AC, down to the MX5-T-AC. In the mid 2010’s as network architects adjusted to the changing landscape in datacenter space, power, and cooling options, Juniper’s lineup appeared to be lacking in the small to mid-sized routing options when compared to other vendors like Nokia (7750 SR-1) or Arista (DCS-7280SR-48C6-R). Juniper answered the call with the MX204, a 1U, dual powered, 32G memory, fixed configuration router with up to 400Gbps throughput via 4x100G QSFP28 and 8x10G SFP+ interfaces. In order to replace the aging 10G SFP+ and XFP based MX80, the comparatively affordable MX204 brought 100G to the edge by touting the benefits of Juniper’s highly capable in-house Trio 4 silicon. Small to mid-sized ISPs and carriers deployed the MX204 as a customer edge box; the powerful “starter kit” fit perfectly for smaller point of presence builds in a “CPE” type role, as well as a small aggregation device for sub-10G consumers when used alongside QFX5100, EX4300, or EX3300 switches. With the rich MX and Junos feature set provided by the Trio 4, small footprint, low cost and low power consumption, the MX204 represented an affordable cost entry point to 100G. As the popular MX204 fit the bill perfectly for the small to mid-sized router niche, end-users and vendors alike were surprised by Juniper’s end of life announcement.

To create the potent MX204, Juniper opted to employ the same silicone found in its dense 100G line-cards like the MPC7E-MRATE in order to achieve the high performance and throughput necessary for lightning fast packet pipelines, deep buffers, and high performance lookup tables used in routing and switching. Juniper utilized Micron’s HMC (Hybrid Memory Cube) memory paired with the Trio 4 chipset to achieve this level of performance. At the time of development, HMC was the highest performance memory available on the market. In a change of plans in 2018, Micron announced that they would discontinue the HMC product in favor of a competing high-throughput memory technology known as HBM (High Bandwidth Memory). Juniper attempted to secure stock and lock in deliveries of future HCM product to ensure the production of its Trio 4 based lineup for several more years, however, supply chain limitations were eventually exacerbated by the Covid 19 pandemic. As production lessened, Micron was unable to meet Juniper’s chip demand, and the end was clear for any Trio 4 based solutions relying on HMC.  Juniper’s hand was forced to quickly reroute into products now employing a new-generation of Trio 5 and Trio 6 chipsets.

Juniper has announced several replacement alternatives for the MX204, and depending on the exact use case, the alternative may not be a clear-cut choice. The proposed direct replacement for the MX204 is the Trio 6 based MX304-BASE, a significantly larger and more capable 2U, modular box that provides dual routing engines (JNP304-RE) and up to 4.8Tbps of throughput via the MX304-LMIC16-BASE line card that allows for up to 48x100G QSFP-DD breakout or 12x400G QSFP-DD (ETA, available Q4 2022). As the MX204 once leap-frogged the MX80, the MX304-BASE provides customers a perfect fit  and logical upgrade path for years of bandwidth increases and additional network demands. Nevertheless, for networks building out micro-footprint, low cost points of presence with only one or two anchor customers, the added entry cost of the MX304-BASE (roughly 3 x the MX204-AC) may be a hard pill to swallow, no matter the savings on price per 100G port. Juniper provides a short list of alternatives beyond the MX304, but in reality it is clear that there is no direct one-to-one replacement for the MX204:

With the MX204 no longer in the running, and the above options lacking where the MX204-AC once fit the bill in pricing and requirements, Juniper may have edged itself out of this unique space. The closest price/performance ratio to the MX204 may be found in other vendors’ hardware line up – potentially shifting focus to Arista’s advanced line of DCS-7280 routers or Nokia’s 7750 SR1 series. Although the mere idea of adding in a new vendor to the network can bring up unwanted emotions, a well planned device swap can be made with little to no customer impact.

Only as recently as 18 months ago an MX204 could be ordered and received in under 30 days. Fast forward to November 2022, and incoming MX204-HW-BASE units were likely ordered with a six month lead time, and received in a more realistic eight month time frame.

Had you opted for an Arista router to fill the void, lead times on new generation DCS-7280s were quoted at 52 to 60 weeks. In 2022’s perfect storm of silicon supply-chain shortages, Juniper’s MX204 and MPC7E-MRATE extinction is not reversible. That is not to say that Juniper is not committed to supporting the MX204 platform; End of Support is scheduled far into the future on 12/15/2029. While End of Sale is now scheduled for 12/15/2023, there is still time to grab one of Juniper’s most powerful little boxes. As Juniper’s new generation MX304-BASE arrives to replace the MX204, one should see the availability of MX204s increase in the secondary market, further propelling MX204s to provide a unique value for at least another half decade.

We Can Help You

For any questions or help regarding your MX204 or small POP routing solutions mentioned above, please contact us directly: 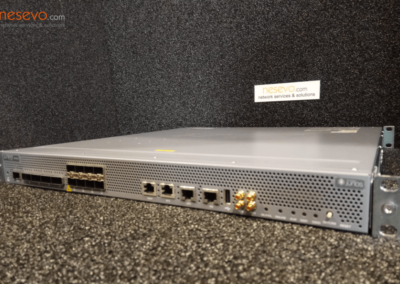 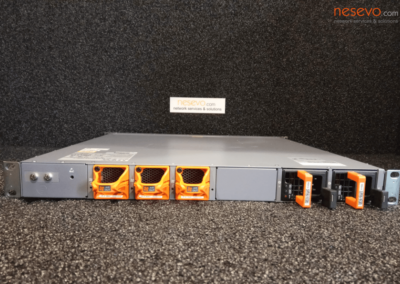 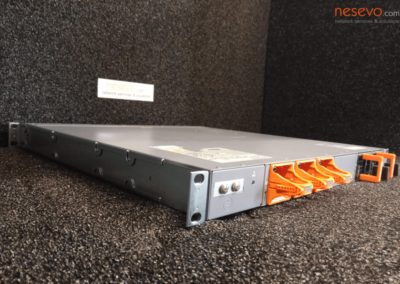 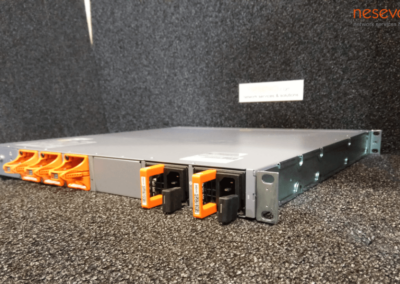 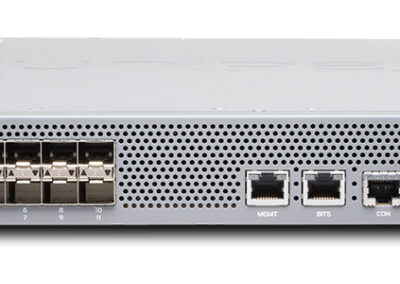 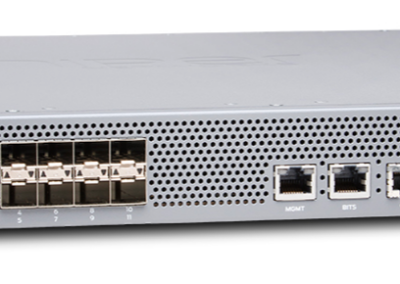 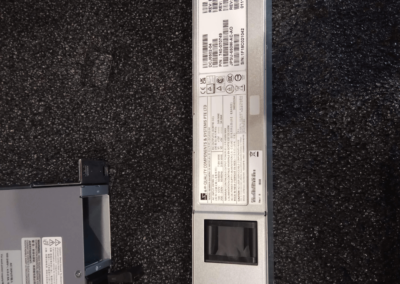 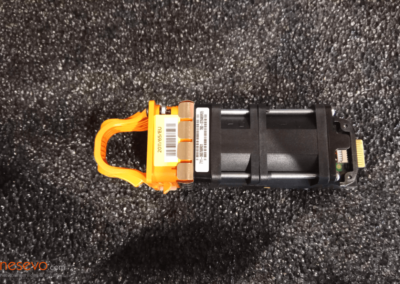 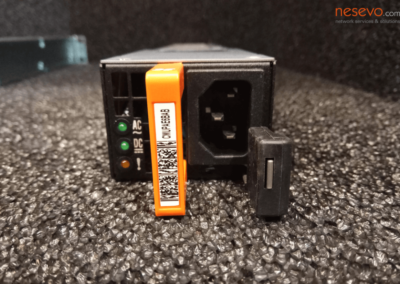 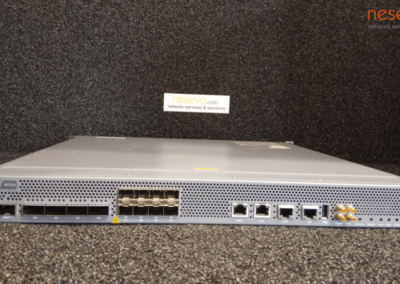 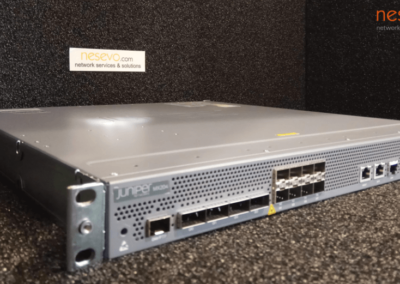 Get a free quote!

This website uses cookies to improve your experience. We'll assume you're ok with this, but you can opt-out if you wish. Read More

In case of sale of your personal information, you may opt out by using the link Do Not Sell My Personal Information

Do you really wish to opt-out?

Never miss an article again... join our mailing list to receive the latest news and updates from nesevo.

You have Successfully Subscribed!